An Inside Look Into CNHS’ Drama Club 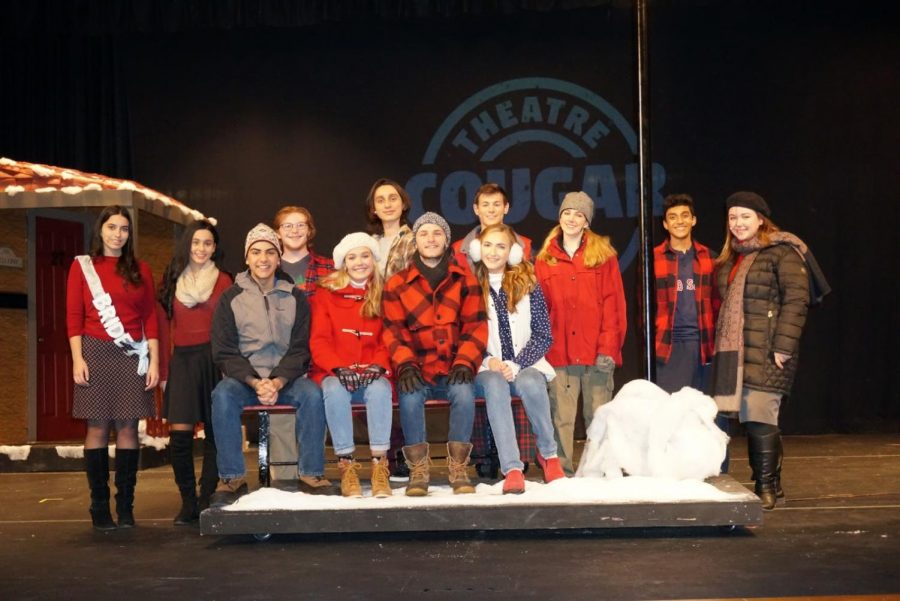 The 3:00 PM dismissal bell sounds, signaling the end of a tiring day for most students at Colts Neck High School, but for Drama Club, it’s the sound of the next several hours that will be spent singing, dancing, running lines, and doing whatever else necessary to put on a perfect show. As other students rush out the door and onto their buses headed for home, the drama kids promptly file into the school auditorium, buzzing with excitement and ready to rehearse.

I had the opportunity to interview Matthew Buneta, a sophomore at CNHS and an active member in Drama Club since his freshman year. His responses to my questions hinted at their upcoming spring production, ‘Big Fish’, in which he himself plays the role of ‘Mayor of Ashton.’ However, during the interview, he was more so focused on describing the warm atmosphere that Drama Club continuously promotes, in hopes of effectively communicating the joy and emotion it brings him. Possibly the most unique thing about Drama Club, is that every single production fosters a tightly-knit family, sealed together by valuable on-and-off stage experiences. From Matt’s perspective, the club is an escape from the daily, academic pressures of school. Behind closed doors, the cast and crew work for hours on end, but at their own fervent desire to do so, making it all the more genuine.

Drama Club has and continues to designate up to three hours of daily after-school ‘rehearsal time.’ The students are expected to show up to these practices and fulfill their duties – and there’s a lot. Chorus Days, Choreography Days, Volunteer PR Days, Blocking Days, and the list goes on and on (and this is in addition to what they do outside of school, such as memorizing lines)! Only a handful of CNHS students and staff are aware of the immense amount of work, time, and money that goes into crafting even a single show for our school’s enjoyment. Nonetheless, the Drama Club and Cougar Theatre Company are happy to do it, for they love doing what they do and draw their motivation from the busiest of schedules.

No doubt, the kids are exhausted, having spent weeks on end rehearsing and currently tackling preparations for the spring play. But still, they keep at it, and savor every moment of the “Beautiful Journey.”  Perhaps this ‘beauty’ Matt described lies on this basic level: just a group of like-minded kids, using their common talents and creativities to reach a greater goal.

Q1: “What is Drama Club currently working on right now?”

A1: “Drama Club is currently working on our Spring Production of ‘Big Fish,’ which is currently in its early stages of prep.”

A2: “Currently, I play the role of ‘Mayor of Ashton,’ work alongside the general ensemble, and am a regular member of the Cougar Theatre Company Crew.”

Q3: “If you could have another role/ job in the club, what would it be?”

A3: “I would love to be backstage, but unfortunately that directly contradicts with being a member of the cast.”

Q4: “What is your favorite thing about Drama Club? Your least?”

A4: “My favorite thing is the family that forms around each show; my least favorite is planning around hell week.”

Q5: “Can you describe drama club/ its importance to you in 3 words?”

Q6: “What is one thing you want every student at CNHS to know about Drama Club?”

A6: “I want everyone to know that there are many ways to participate in Drama Club, so even if you aren’t a typical theater kid, there is definitely a place for you!”

Q:7 “For someone thinking of joining Drama Club, what is one thing you recommend/ suggest?”

A7: “I would recommend prepping for auditions when they come around next fall or simply coming to crew with an open mind and an open heart!”