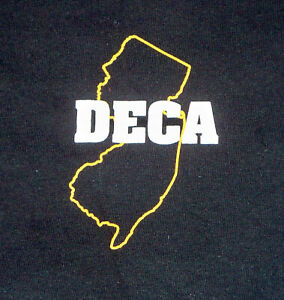 [Simran] Can you please explain what DECA is?

[Kristian] DECA is a business organization, and what that actually means is that we attend competitions across the country. We have a Regional, State, and National level. As a group, we progress through each one. Basically, you pick a category, a role play, a situation, a problem to solve, and it’s up to you to figure out the best way to go about it using your knowledge of the business world/ethics/communication with people. The club is focused around fundraising for organizations, such as Good Grief. Last year we did an organization, Project Victorious, where we raised money to fight against cancer. All of the fundraisers we do are under the name of DECA. It’s a fun way to spend time in March for States or Regionals.

[Simran] What does DECA stand for?

[Lily] Distributive Education Clubs of America. However, nobody uses it anymore! We simply call it DECA. It’s a nice little history tidbit.

[Simran] Can you explain the main conferences?

[Kristian] The first conference we attend as a group is Regionals at Kean University for one day. There you have three role plays, which are different but under the same category. For instance, last year I did ‘restaurant management.’ I was given a problem to solve where I had to create a rewards program. The judges are your ‘bosses.’ You’re given 15 minutes to prep, and you have to figure out how to best assess the issue at hand. Based on how well you present yourself, you earn a certain number of points. If you get Top 12 (varies on the event), you move onto States with that category. States is the next biggest event we have. It’s a 3-day conference in Atlantic City towards the end of February/beginning of March, and a lot more kids come to that because it’s a bigger event. At States, you propose a business as opposed to just doing role-play.

[Simran] Can you both describe your individual roles in DECA (board positions, etc.)?

[Kristian] This year, instead of having different positions we are just one board. So we all work together, but there are separate the jobs that need to be done. For instance, we all have the same title, but Lily and I are working on the community service project while other board members are working on cataloging club achievements.

[Simran] Do conference winners get a prize?

[Lily] It depends on what event you are competing in. Normally, if you do well enough, you go to the next level. And then, the highest level is ICDC (International Career and Development Competition), which is held in Nashville, Tennessee this year. That’s normally around April. Beyond scholarship opportunities, it’s really good for networking and building connections.\

[Kristian] The benefit for this club is typically networking and people skills. When you make it far in an event, you get that ‘finalist title.’ That carries weight and is an impressive accomplishment. And, like Lily mentioned, there are scholarship opportunities within DECA itself. Outside of all the competing, you can submit essays. After submitting, they pick a few kids from each region of New Jersey and announce the winners at States.

[Lily] Businesses will even work with DECA, and they vary from year to year.

[Kristian] The judges are volunteers that typically are in the business world, and they might reach out to you on the side and offer you a networking opportunity.

[Lily] Even at States, specific companies each year will work with DECA and give out $1,000 sponsor scholarships. I do believe it was an energy company last year.

[Simran] How many members are there in total?

[Simran] Do you think an incoming member needs any sort of prior experience?

[Kristian] Nope. I went in completely blind. I went in my junior year. I had taken Marketing freshman year, the only business class I was a part of before DECA. It’s not something you need to have prior experience to be a part of. I did really well on my tests before Regionals and I did really well at Regionals – I got 1st place in my category and then at States I was a finalist.

[Simran] I was told a few years ago that in order to be a part of DECA you had to take a business class. Is this still true?

[Lily] It used to be like that. DECA itself, the national club, mandates that. However, our school policy says that nobody can be excluded from a club, so we’ve opened the floor to everyone. You do have to be in a business class to be on a board in order to work with the advisers more, which is really difficult.

[Kristian] The benefit of taking a business class in tandem with DECA is that you get to be on a personal level with the advisers and stay up-to-date with everything that happens as opposed to just relying on texts/monthly or weekly meetings.

[Lily] It gives you an upperhand in learning content too.

[Kristian] So it’s recommended, but not required. Whenever I tell people what DECA is, I feel like the idea of it being a business organization turns people away. “I don’t want to do business,” they would say. But, I went into DECA thinking I wanted to be in the medical profession, and I still want to do that, but, the thing is, DECA isn’t only a resource for people seeking out a business major: it helps you network, build relationships, learn necessary skills for future jobs and survive in the real world.

[Simran] That leads into my next question: Would you consider doing something business-related in the future?

[Lily] To be honest, I originally joined DECA because of Krispy Kreme doughnuts. I was interested in that fundraiser freshman year, joined in my sophomore year, and then two weeks later I found myself writing a 30-page paper on an overseas hypothetical business. Now, after doing DECA for so many years, it’s something I really do enjoy and have an aptitude for. I plan on majoring in business in college.

[Kristian] Just to clarify what I was saying earlier, I still want to do something related to STEM, but I want to incorporate business as well. I’ve gained an extra level of interest from DECA.

[Simran] On a school level, what are the biggest fundraisers you host every year?

[Lily] Everyone knows about the Krispy Kreme fundraisers!

[Kristian] Every member has to sell a minimum of 7 items which are individually priced at $10. So, that equates to $70 per person times roughly 100 kids. The amount that we, as Colts Neck High School Chapter, contributes to the national DECA fund translates to the number of seats that we receive at ICDC. The people that win seats at previous conferences are already reserved seats, but we fundraise to send additional members to ICDC so that they can workshop and experience Nationals. The other mandatory fundraiser is Discount Cards.

[Lily] We also do at least two ShopRite baggings

[Simran] What goes on in a regular meeting?

[Kristian] Each meeting is different. So, it depends on where we are in the year. Right now, we are holding a bunch of interest meetings – what is DECA, what do we have to offer, what will you gain from the club, etc. Our next few meetings will be catered towards Regionals, States, and selecting categories (solo paper, partner paper, making a product, proposing a business, and more). Typically half of our members make it from Regionals to States.

[Simran] Final Question: What is your favorite and least favorite thing about DECA?

[Lily] My favorite thing is probably the way that it challenges me. It really does demand a lot of you, but in a way that really opens up new avenues for growth and improvement. I really feel like it has bettered me as a person and made me more confident. My least favorite thing, or rather, the hardest thing is probably the intimidation that can come with being a new member. It just looks harder than it is. A lot of people don’t exploit their resources: us, the board, online examples, the advisors, older members.

[Kristian] Based on last year’s experience, my favorite thing was meeting new people at conferences and getting to go to States with my friends. It’s a bonding thing. My least favorite thing would probably be the amount of school that I miss. Last year I took four AP courses, and missing four days of school makes the workload pile up. It won’t necessarily be a detriment to you, but organization and time-management skills are key. So, it is a commitment, for sure. But, like I always tell hesitant members, it can be done.