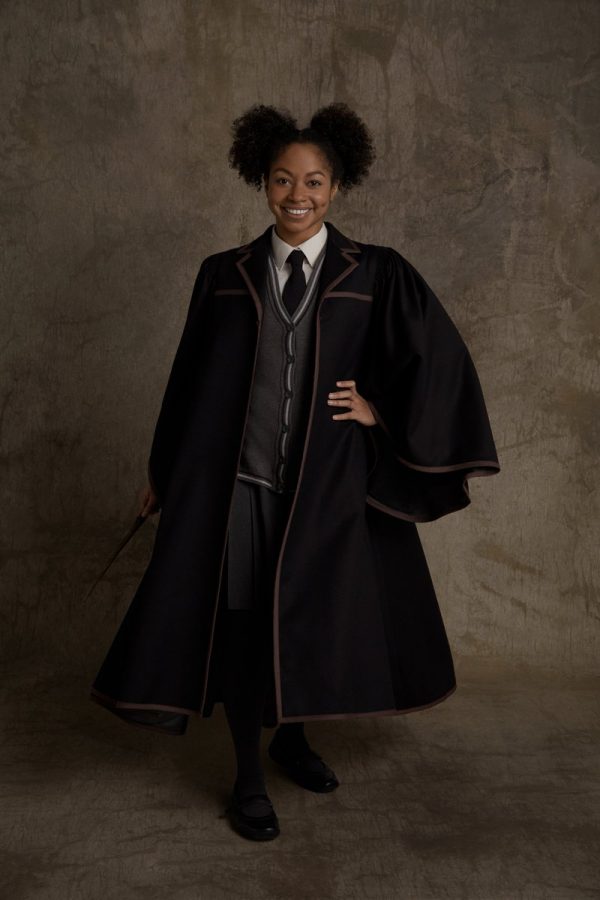 Bringing magic to life on stage, Harry Potter and the Cursed Child on Broadway tells the story of Albus Potter and his friends, detailing their adventures as they turn back time and put the fate of the world in their own hands. Playing Rose Granger-Weasley, Nadia Brown takes the stage in her Broadway debut as Albus Potter’s cousin and friend who gets thrown into his venture, while just like her mother, trying to be a top student who attempts to stay out of trouble.

After having seen the show, I reached out to Brown in hopes of an interview, who quickly responded very kindly, glad to participate. Talking with her was an amazing experience; Brown is a talented young woman who takes pride in her job and cares for the fans who have so openly accepted her into their world of magic.

Q1: What was your initial reaction when you heard that you earned the role of Rose?

A1: I was talking with a coworker a few minutes before I received the call. I was discussing how I was nervous about not getting it, but also incredibly proud of myself for making it that far. I told her that achieving big dreams is possible and not as far-fetched as I once thought. Then I received the phone call from the casting director that I would be playing Rose Granger-Weasley in Harry Potter and the Cursed Child on Broadway. Then I called my cousin and screamed on the phone while running all the way up and down the block! Haha!

Q2: What has your experience been like working on a show that has such a massive and widespread fan base?

A2: I’m so thankful to be apart of a show that has a massive and widespread fan base! Harry Potter means so much to so many people. It feels so personal when we get to connect with the fans and they tell us how much the story means to them. We get to see them at the stage door or interact with them online, and they have nothing but kind and generous things to say. Harry Potter fans are the BEST!

Q3: If you could choose to play any character from the show besides Rose, who would you pick?

A3: I think I’m really inspired by my show mum, Hermione! I would love to play her!

Q4: Because of Harry Potter and the Cursed Child, many young girls are able to see women who look like them on stage, taking on empowered roles as powerful protagonists. How does this aspect of your social impact affect your view of your profession?

Q5: If you could use the time turner to go forward or back in time just once, where or when would you travel and why?

A5: I would go back to hang out with my best friend who passed away when I was a freshman in college. I would tell her that I booked a Broadway show. I know she would be really proud.

Q6: If you could use the time turner to go back in time and relay a message to your past self on your opening night of Harry Potter and the Cursed Child, what would you tell yourself?

A6: Have fun. The nerves are supposed to be there. Don’t forget to have fun. Be kind to yourself. And oh yeah, have the most fun tonight. This is your Broadway debut, you only get one.