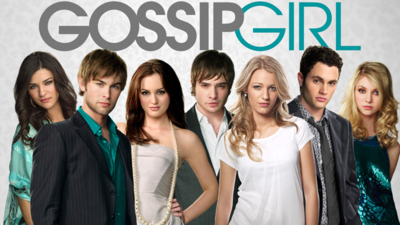 Every year Netflix removes shows or movies due to their licensing agreements. This year particularly many of Netflix’s famous shows/movies like Gossip Girl, The Office, The Notebook, etc. will be removed. Many fans are heartbroken because these shows are loved by many, and they will have to pay separately in order to watch them. Many people will not go out of their way to buy the shows or pay for another streaming service. So, this article is dedicated to the hit series, Gossip Girl

Gossip Girl takes place in Manhattan and the story line centers around teens growing up attending an elite private school in the city. The characters face lots of drama which is reported on a blog by an unknown person who calls themself Gossip Girl. When something happens, the whole school finds out through this blog leading everyone to be involved in each other’s business. The series is filled with scandals and confusing relationships leading the audience to question who is Gossip Girl and how did they know this?

The five main teens are Serena Van Der Woodsen, Blair Waldorf, Chuck Bass, Nate Archibald, and Dan Humphrey. Serena lives in a lavish penthouse in a hotel known as the Palace with her Mother Lily and brother Eric. Serena was best friends with Blair until she crossed the line with Blair’s then-boyfriend Nate; she is so ashamed after this that she mysteriously leaves. When she goes back to Manhattan to finally face her mistake, Blair already knows and makes it her mission to destroy her. The pair eventually rekindle their friendship but the drama with them and their friends never seem to end. Blair, like Serena, is very rich and always gets what she wants.  Her mother Eleanor is a fashion designer, and  Blair following in her mother’s footsteps is always buying the latest designer item.

Chuck Bass is the son of billionaire Bart Bass. Chuck loves to stir up drama and spends most of his free time enjoying the things that come along with being a billionaire. Chuck is selfish and demanding which is seen through his on and off relationship with Blair. Nate is the most grounded of all the characters, and he understands that his life is all built on his father’s success, he has relationships with Blair and Serena but neither last. Unlike the others Dan does not live in Manhattan instead, he lives in Brooklyn with his father Rufus, and sister Jenny. The other parents and teens treat him differently because they view him as a poor kid. However, Serena takes a liking to him because he’s not like the other kids at school; they also have an on and off relationship which eventually leads to marriage.

The glamor and lavish lifestyle that is shown in Gossip Girl is everyone’s dream. The drama both the teens and parents face keeps the audience entertained. It is a shame the series will be leaving Netflix but there is going to be a reboot on HBO max for fans to watch.