2020 has been an unusual year which had unique challenges such as the COVID-19 Crisis and the Economic-Crisis caused by the global pandemic. This is also the year that the General Election took place. The 2020 Presidential Election was between Incumbent President Donald J. Trump and Former Vice President Joe R. Biden. President Trump successfully secured the presidential nominee for the Republic Party, along with Vice President, Mike R. Pence. While, on the other side, Vice President Biden won the Presidential Primaries in the Democratic Party. He successfully secured the presidential nominee for the Democratic Party. He chose Senator Kamala Harris (D-CA) as his running mate and to run as a Democratic Candidate for the Vice President. Both the political parties have been strongest historic rivals over several decades in the past. This presidential election was deeply essential for both the political parties in the implementing and securing their agenda of party policies and beliefs. Among the top choices of the reasons that American people considered during this election are the Economy, Health care, Supreme Court appointments, COVID-19 Pandemic, Violent Crimes, Foreign policy, Gun policy, Race and ethnic equality, Immigration, Economic inequality, Climate Change/Global Warming, and Female’s Reproductive Rights. Both the presidential candidates campaigned productively in several battleground states. They participated in two debates where the brief topics were discussed and the candidates were asked to explain what they want to do regarding it. In national polls, Biden had a strong lead over his challenger, President Trump. Many people voted early this election considering the safety of everyone due to the COVID-19 crisis. Then, it was the election day, November 3, where millions of people voted in person. This election had the largest voter turnout. People anticipated for the results to be announced on Election night. But, in several states, the counting still took place taking the mail-in ballots into account. Most states declared the winner. Swing states took time to count votes compared to other states. Swing states were Arizona, Florida, Georgia, Iowa, Michigan, Minnesota, Nevada, New Hampshire, North Carolina, Ohio, Pennsylvania, Texas, and Wisconsin. Additionally, Maine’s 2nd congressional district as well as Nebraska’s 2nd congressional district were huge battleground districts. The only non-swing state that took time was Alaska. When the results stayed the same over a period of hours. At that point, Biden had won 237 votes and Trump had won 214 votes. Michigan declared that Biden won the state by a slight margin, placing him at 253 votes and needed 17 more electoral votes to win the presidency. Later that night, Biden flipped the traditionally Republican state, Arizona by a narrow margin. Placing him at 264 votes which was pretty close to winning the presidency. On November 7 around noon, Pennsylvania and Nevada declared their respective states’ victory to Joe Biden. This led to surpassing the 270 electoral votes threshold to win the presidency. Biden had won 290 electoral votes. As days pass by, Alaska and North Carolina announce that President Trump triumphed in those states that placed him to 232 electoral votes. Both the presidential tickets won 25 states. Additionally, Biden won D.C. and NE-02. While, Trump won ME-02. 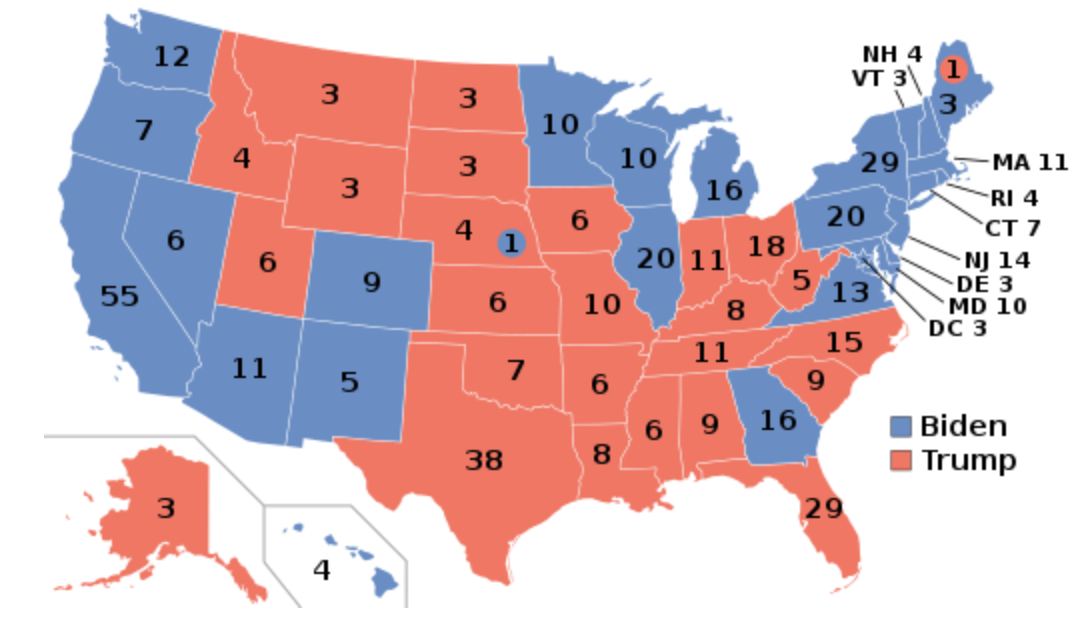 Biden’s historic victory became the most iconic to a new gateway in America and the world. Biden made the record of defeating an Incumbent President in nearly 3 decades when President Bill Clinton defeated Incumbent George H.W. Bush. Biden becomes the oldest president to be elected so far. Senator Kamala Harris makes history as the Vice-President Elect. She becomes the first woman to take charge of the second-highest ranking office and position in the country. She will be the first African-American, Asian-American, South-Asian American, Indian-American to hold that position.

Global leaders congratulated Biden and Harris on their triumph over the election. World leaders, such as Canada’s Prime Minister, Justin Trudeau and Irish Prime Minister, Michaél Martin. Australian Prime Minister, Scott Morrison as well as South Korean President Moon Jae-in. French President Emmanuel Macron and German Leader Norbert Röttgen. Most significantly, UK Prime Minister Boris Johnson congratulated them and emphasized the deep significance of both countries’ transatlantic relationship. He expressed his desire to work closely on shared common priorities between both countries such as from Climate Change to Trade and Security. Last but not least, Israelian Prime Minister Benjamin Netanyahu and he looks forward to working with both of them to further strengthen the special alliance and relationship between the U.S. and Israel.

On the night of November 7, President-Elect Biden and Vice President-Elect Harris gave their victory speeches in Wilmington, Delaware. The primetime remarks stressed unity over the current sharply-divided nation. 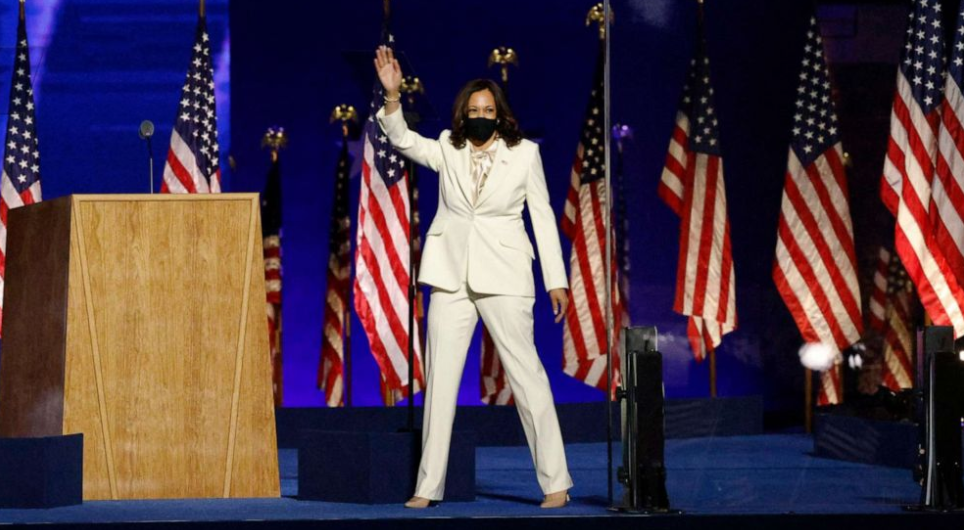 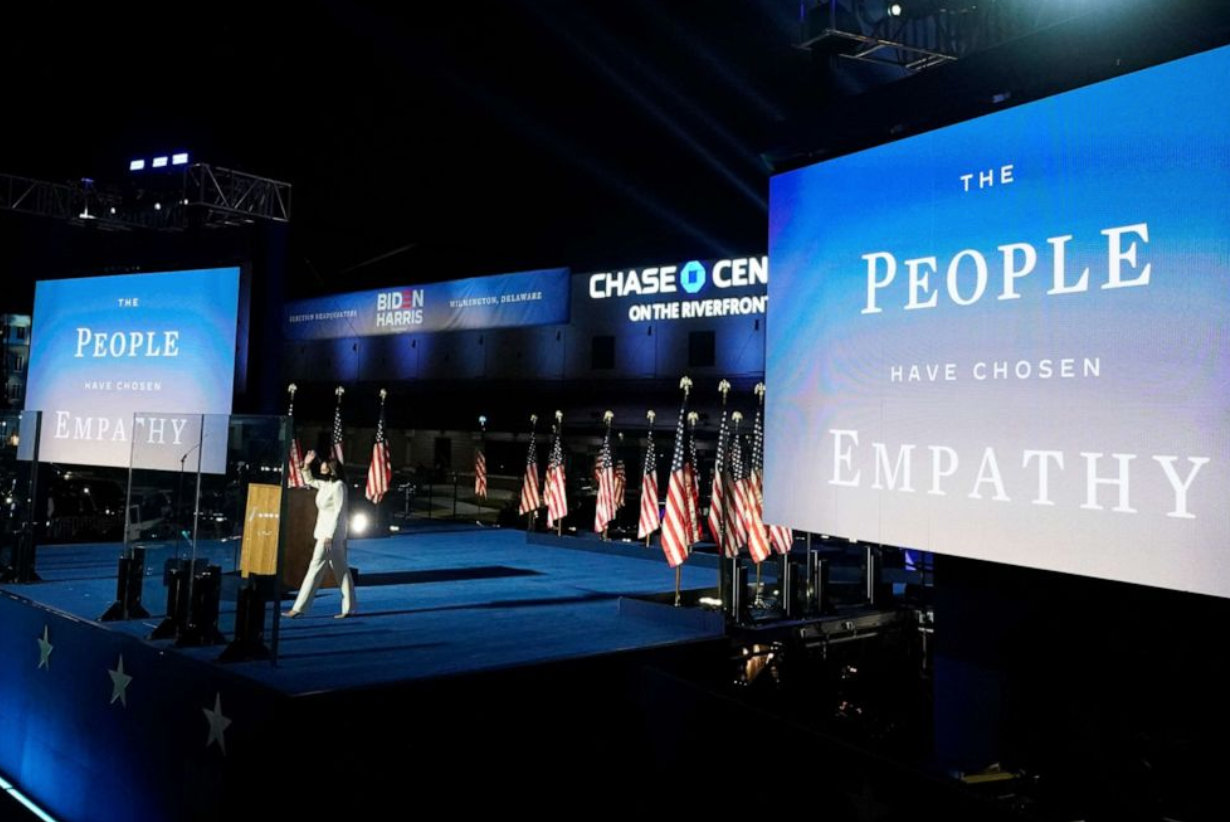 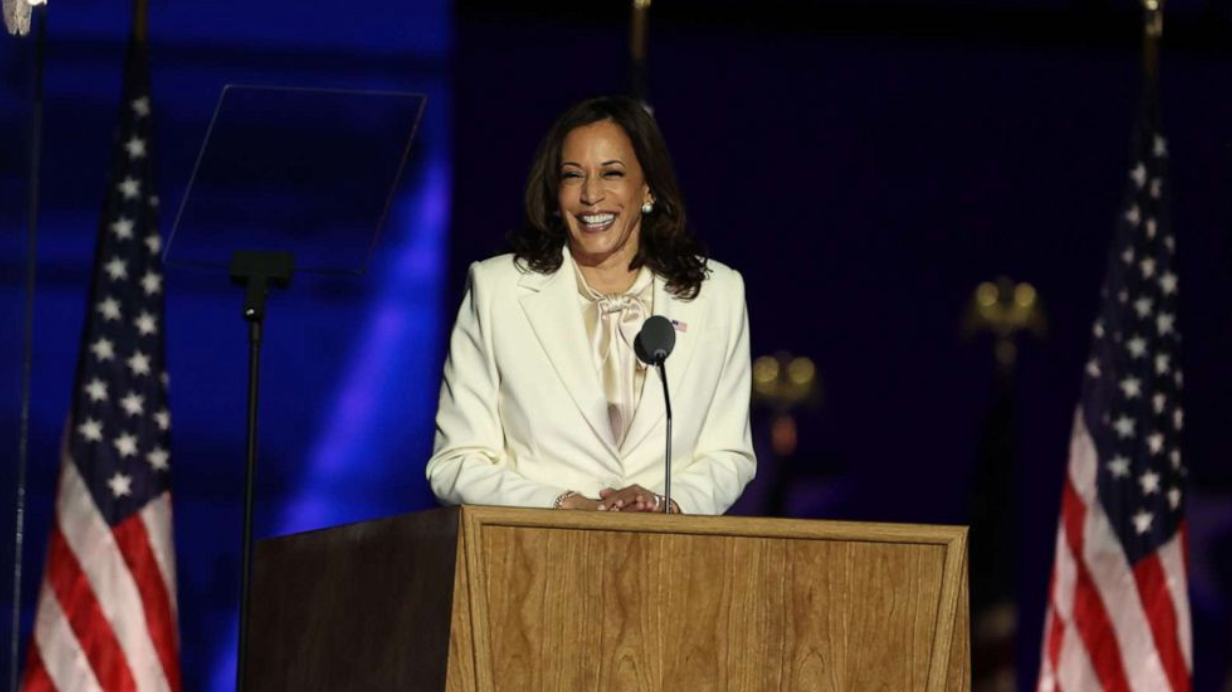 Harris was the first to take the stage, savoring the solo moment in a suffragette-white pantsuit, waving to the crowd and smiling broadly as she approached the lectern.

One of the famous phrases that was heard in her speech was “While I may be the first woman in this office, I will not be the last. Because every little girl watching tonight sees that this is a country of possibilities.” 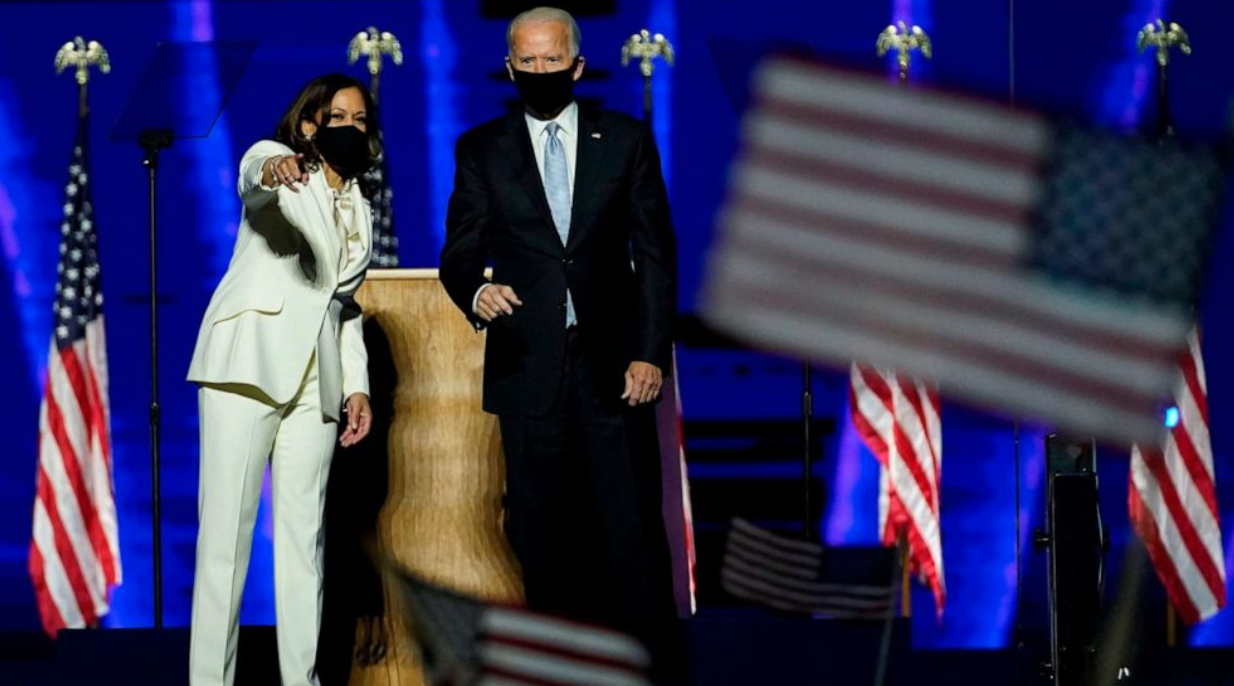 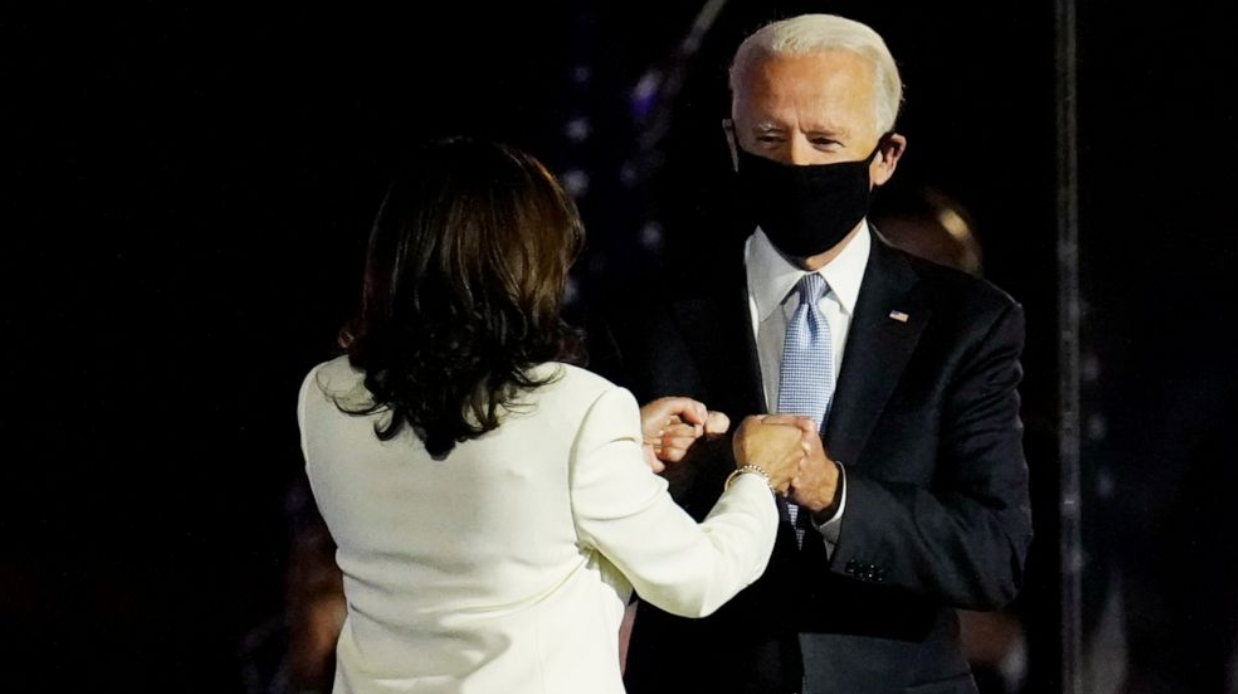 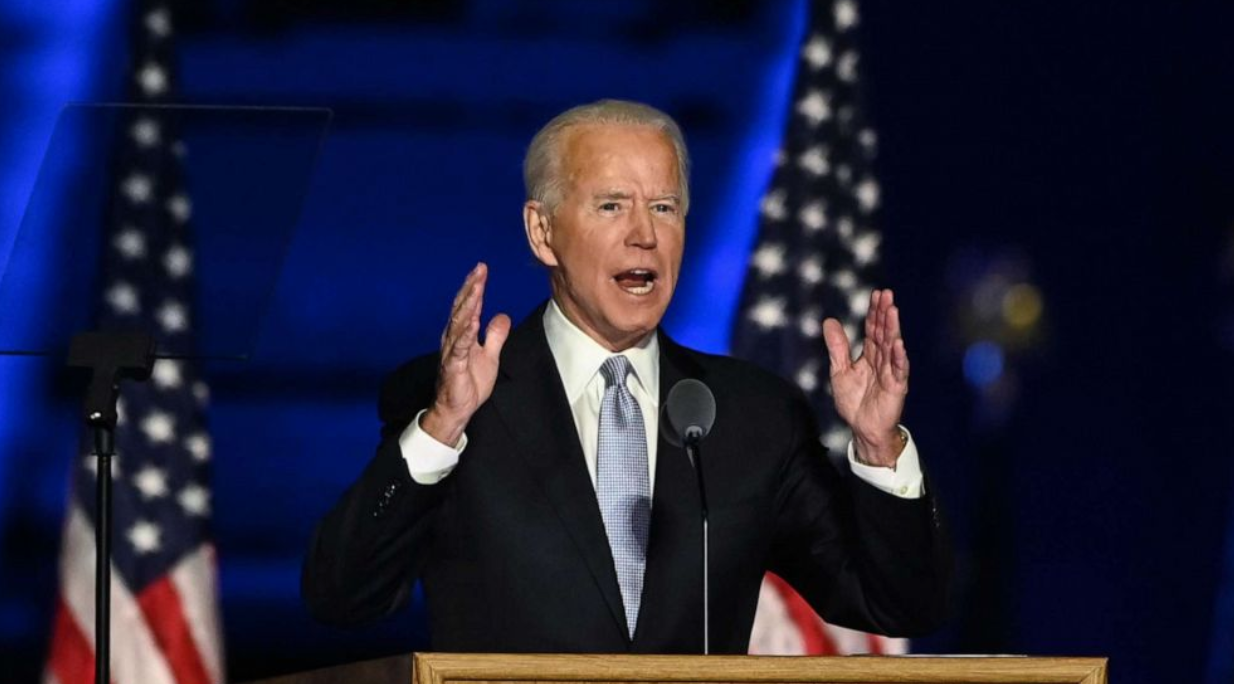 Finally, President-Elect Biden arrives on the stage. This was the moment that he has not been waiting for since Election Day. He has been waiting since he was first elected to the United Senate in 1973. Biden, who nearly spent 5 decades of his life serving in public service. He took the stage and remarkably focused on healing a divided nation at present. He said, “Folks, people of this nation have spoken, they’ve delivered us a clear victory, a convincing victory, a victory for we, the people.”

The President-Elect has acknowledged that bringing the nation together considering what all Americans have been through would be a groundbreaking challenge. He exclaimed, “I pledge to be a president who seeks not to divide but unify. Who doesn’t see red states and blue states, only see the United States. I have sought this office to restore the soul of America, to rebuild the backbone of this nation, the middle class, to make America respected around the world again, and to unite us here at home.”

Biden concluded his speech remarks, “Let us be the nation that we know we can be. A nation united, a nation strengthened, a nation healed. Spread the faith. God loves you all. May God bless America and may God protect our troops. Thank you.” 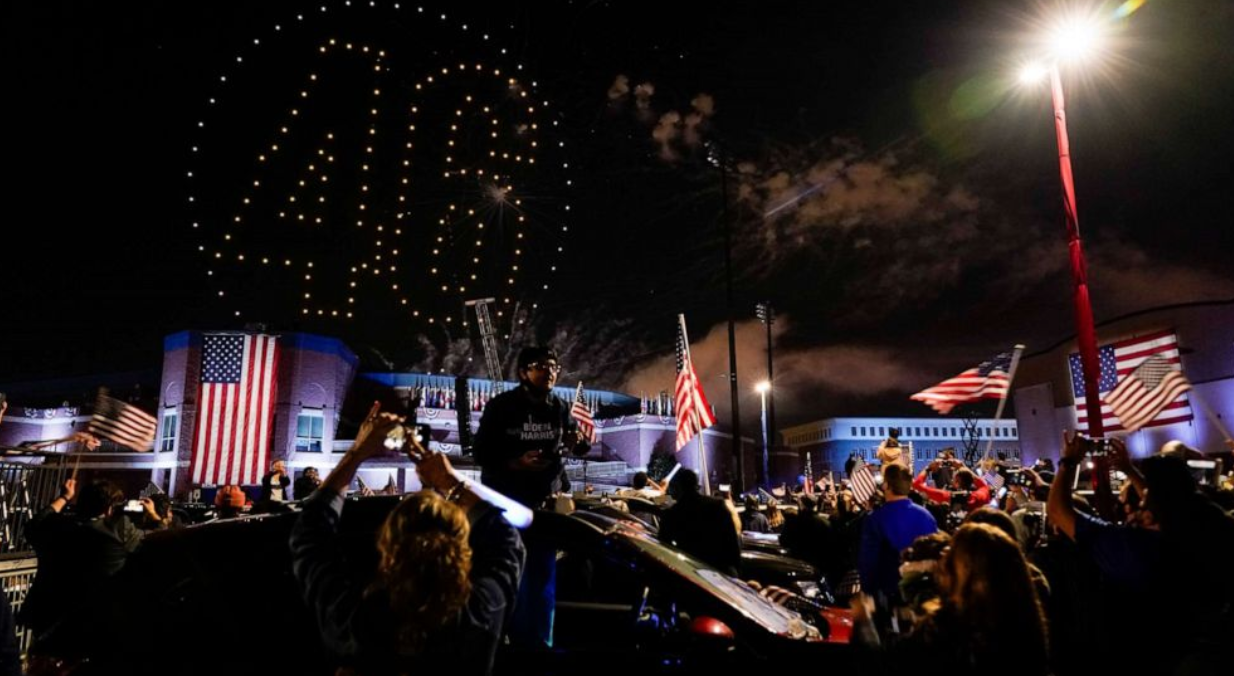 Following the victory speeches, illuminated drones spelled out “46” representing Joe Biden as the incoming 46th President of the United States against a backdrop of fireworks.

On December 14, 2020, the members of the Electoral College met in their respective states to cast their votes to elect the President. All the electoral votes were certified by all 50 states as well as D.C. It was clear and transparent. The election process was the most secure in the history of our nation by experts. There were no faithless electors. Joe Biden has been officially confirmed as the President-Elect by the Electoral College.

On January 6, 2020, Members of the United States Congress will count the electoral votes together. Both, the Senate and the House of Representatives.