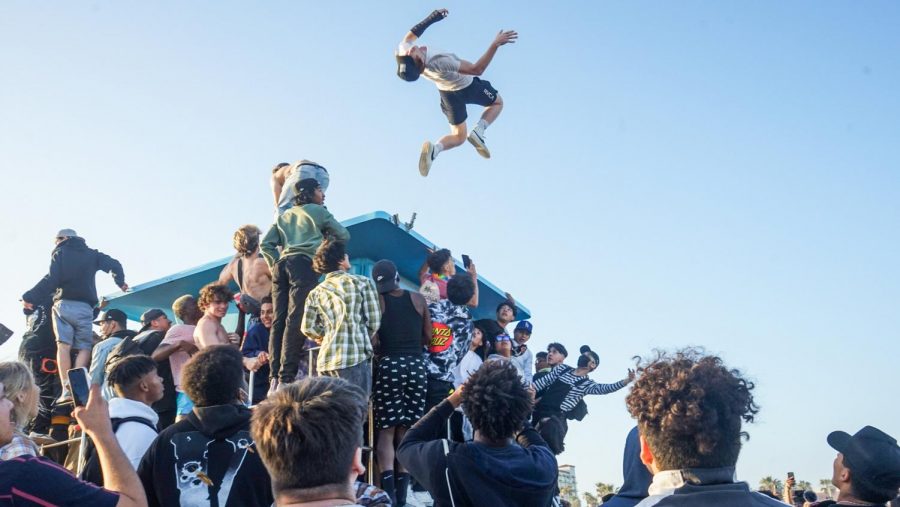 The power of the media, specifically the power of TikTok has become abundantly apparent in recent years, with teenagers coming together to impact real-world issues. Between interacting with the economy following the AMC/Gamestop Wall Street endeavor, influencing politics by booking reservations for political rallies ensuring minimal crowds, and most recently, calling the gathering of thousands of teenagers at Huntington Beach, the presence of teenagers on TikTok has become well heard. The recent events wherein 2,500 plus teenagers and groups in their early 20’s gathered at Huntington Beach for the event of the year known as Adrian’s Kickback has reached headlines. Although on the surface Adrian’s innocent desire to throw a birthday party was blown way out of proportion through the power of the internet, what started as a joke has started a chain of dangerous enterprises.

The events at Huntington Beach resulted in 149 arrests for violating curfews, vandalizing private property, unlawful handling of fireworks, and other domestic issues. The scene of the party culminated in chaos, for hundreds of people drove hours from different states to attend the event, yet were driving away through crowds of people to avoid being arrested. The streets were mobbed with fleeing teenagers, many of whom were out of control and intoxicated. Small business owners reaped the effect of this stunt dealing with vandalized property, various costs in damages, and simply having to close on a busy night that could have provided them with much-needed business. Following the Corona Virus shutdown, many small businesses have suffered greatly, and being forced to close on a Saturday night is more harmful than many may realize.

Perhaps the most significant impact of Adrian’s Kickback is not the effects on businesses nor the various arrests, but the trend that has been encouraged to throw these ravenous parties across the nation. Adrian’s Kickback has been labeled as “legendary” throughout the TikTok community, with #adrianskickback having 30.9 million views alone. There have already been several groups attempting to replicate the event, with plans to throw more “kickbacks” in Miami, San Francisco, Pennsylvania, Atlanta, and several other major cities. Although such events seem fun on the outside, several harmful effects should be kept in mind when considering throwing more parties or attending ones at such a magnitude.