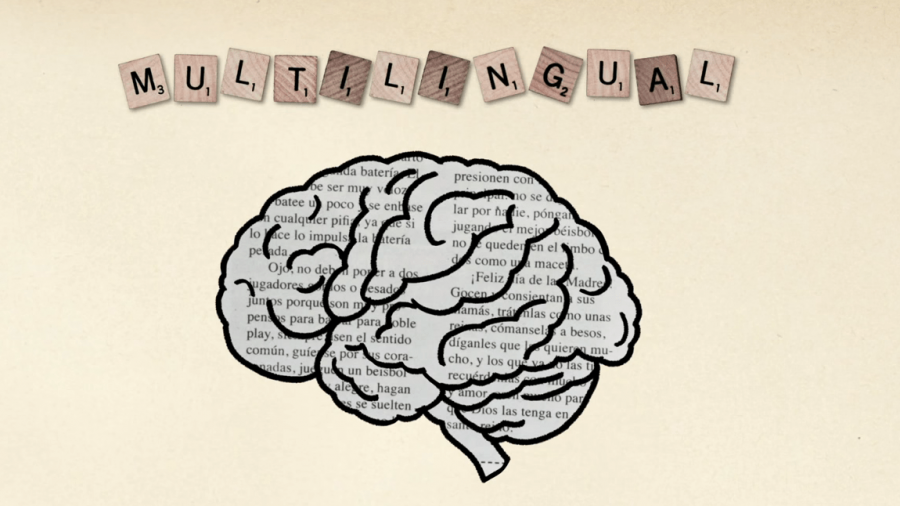 Bilingualism, by definition, is the fluency (reading and writing) in two languages, and while this term may seem forthright, it actually serves as an umbrella term for three main types: compound bilingualism, subordinate bilingualism, and coordinate bilingualism. In fact, they are all actually quite prominent in our lives; you or someone you know may be bilingual, but the trick is knowing which type you or they may be.
Compound bilingualism refers to the learning of two languages simultaneously with a single set of concepts. For example, my family immigrated from Egypt to America, and as the first daughter to immigrant parents, I grew up hearing and speaking Arabic while also learning to understand English. Although I spoke Arabic more often, as I went into kindergarten and began schooling in America, my English developed further and I utilized it more often. This was something I grew up with, so I was focusing on one thing: processing the world around me, and I did this through two languages. Coordinate bilingualism, on the other hand, works similarly but with two sets of concepts. Essentially, one would focus on one language in certain parts of their life while also using the other in other aspects of their life. Subordinate bilingualism, however, is slightly different from both. It is the use of a second language by translation by the first language. Many first-generation students, like me, will often find their parents as subordinate bilinguists. My dad, for example, would always try to translate phrases he did not know in English to Arabic in order to understand them.
But aside the obvious external benefits of knowing a second language, there are internal neurological benefits that amplify certain skills. Higher density in areas of the brain that contains most of the synapses and neurons, for example, is one of them. It also increases brain activity in the regions related to language. This increased activity results in a decreased risk or delay the risk of conditions such as Alzheimer’s and dementia by up to five years. These benefits are actually a surprise considering bilingualism was once considered a “handicap,” a conclusion reached by flawed studies. Although it is true, based on recent studies, that it can negatively affect students, results also show increased activity in the brain and potential strengthening of the dorsolateral prefrontal cortex, in charge of executive function, multitasking, and focus. This is not to say it increases intelligence, which is based on an entirely different set of standards or criteria, but brain activity.
If you are thinking about learning another language, go for it. Literally. Go. Do it. There is nothing stopping you, and it strengthens your brain. Besides, who doesn’t want a healthier and stronger brain? 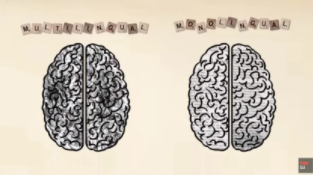 In this image, the brain on the left (multi-lingual) has more grey matter, where most of the synapses and neurons are. This means that this area is denser than the corresponding areas in a monolingual brain, indicating a stronger brain.