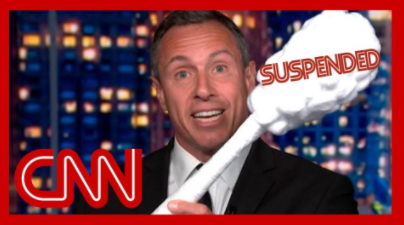 In a recent article written by Brian Stelter, the news is shared, making it official that Chris Cuomo has been suspended from CNN indefinitely. “CNN is suspending prime time anchor Chris Cuomo ‘indefinitely, pending further evaluation,’ after new documents revealed the cozy and improper nature of his relationship with aides to his brother, former New York Gov. Andrew Cuomo.” This may come as a shock to some, but many are un-surprised. This was a predictable situation, and was waiting to happen. According to CNN business, Cuomo’s 9pm time slot is frequently CNN’s most watched hour of the day. What will this mean for CNN’s viewership? From information released by CNN, starting in May, Chris Cuomo participated in “strategy calls” to help advise his brother, Andrew Cuomo. These calls were about the current crisis arising with his brother, which were about sexual misconduct allegations. When this happened CNN commented saying that it was “inappropriate” for Chris to engage with his brother about the situation. They assured that he would no longer partake in such conversations in the future. However, on Monday November, 2021 new documents were released. Part of these documents included text messages between Chris Cuomo and Melissa DeRosa (Andrew Cuomo’s top aide), which suggested that he was in the process of creating a defense “aganist the flood of sexual misconduct allegations.”  The messages also revealed that Chris was planning on using his connections in the media to help prepare Andrew’s team as accusers planned to make stories public. In short, Chris used his power and connections to protect his brother by creating a defense against the allegations. He continued in secret, knowing his reputation and job were on the line. Yes, family is important and you should always protect them. Chris is a good brother, but it cost him to break the rules and abuse his power. Here’s the thing though – what journalist hasn’t abused their power or used it to benefit their personal needs? Chris knew what he was doing and got caught. Now he has consequences he must face. This is really a great example of a “Veteran Journalist” working at CNN. On top of that, CNN anchor Brian Stelter is the journalist who is writing all these articles about the Cuomos. His most recent, “CNN suspends Chris Cuomo indefinitely,” and “CNN to conduct ‘thorough review’ of documents showing Chris Cuomo’s intimate role advising brother Andrew Cuomo.” This asks the question… is Stelter going for his spot?