Squid Game: Are the Risks Worth the Rewards? 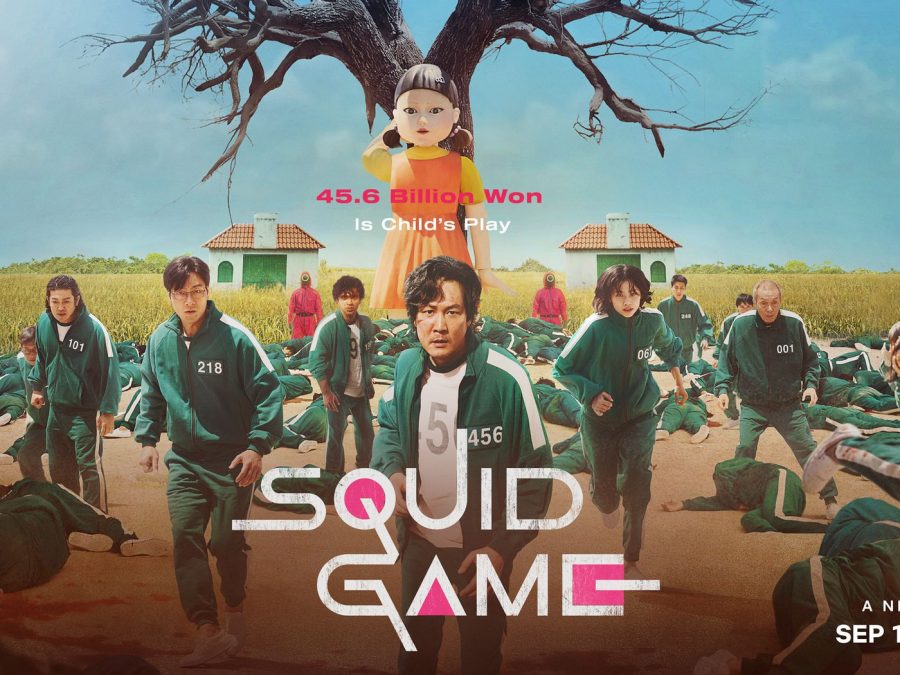 Imagine: you’re a lonely father in debt and trying to convince your only child to stay in Korea with you instead of moving to America with her mom. The problem is, you have to prove you are financially stable in order to convince the court to give you custody. As if it was brought upon you like some sort of miracle, while you are waiting for the subway, a man offers you the chance to win over 38 million US dollars by simply playing some children’s games. Blinded by your excitement and hopes, you accept his offer, and travel to a facility in an unknown location to play your first game. As you begin a game of “Red Light, Green Ligh,t” you can’t help but smile at the fact that you may be rich in a matter of days, just by playing stupid children’s games. As the young watcher calls out “red light” you halt to a stop and try to glance over and see who around you has failed already. You see one young boy skid to a stop, but his feet move ever so slightly after the time is up. You smile to yourself as you remember that their loss brings you one step closer to that precious cash prize. But all of those innocent thoughts are cut short by a loud gunshot. The boy crumples to the ground, and once the reality of what is happening settles in, your feet cement themselves into the suddenly unsteady ground underneath you. Bullets shoot out in a perfect assembly line, destroying the hopes and dreams of each player that dares to move an inch. As the people who, just like you, wanted to settle their debt pile on top of each other and beg for mercy, you realize that in order to win this money, you’re going to have to kill or be killed. Now the question is, is that the price you are willing to pay?

Recently, the world has been taken by storm by a new TV series called “Squid Game.” This Korean drama shows the journey of a group of contestants who have chosen to play children’s games in order to win a large sum of money but are faced with the harsh reality of death if they fail to win every game. The show rose to popularity extremely quickly, which is surprising to some, considering that the show is spoken entirely in Korean. Despite the language barrier, viewers all over the world have come to love Squid Game, and Hwang Dong-hyuk’s creation has left them wondering if risking their lives in an arena is a better alternative to facing conditions in the real world.

Squid Game introduces a wide variety of characters, and although each one is in the game for a similar reason, they all bring completely different perspectives to the situation they are in. All of the characters have a large debt that they need to settle, but the reasons they are all in such deep financial troubles are revealed to the players gradually, as to unearth more of who each character truly is beneath the surface. They have the typical characters that star in these kinds of dramas, but each one is given a new layer of depth as they become more and more inhumane to win the money. One of the most interesting aspects of these games is that the players are given the ability to opt out of the games if there is a majority-rule vote. With that being said, viewers see in one episode why the characters chose to play in the games in the first place, so when they are given the option to come back, they all take it in a heartbeat. The audiences’ hearts fill with sympathy as they hear the heartbreaking stories of some of these characters because even though they made the choice to be in the games, viewers can tell by their attitude that the games are the only choice they have. Other characters are just truly unlikeable, but through the alliances they form with others, viewers may change their original perceptions of the players they deemed awful from the beginning. Speaking of relationships between characters, one of the most powerful parts of the show is how the characters interact with each other. You get to see the tough, loner characters form real friendships and the heartbreaking betrayal of some of your favorite players. 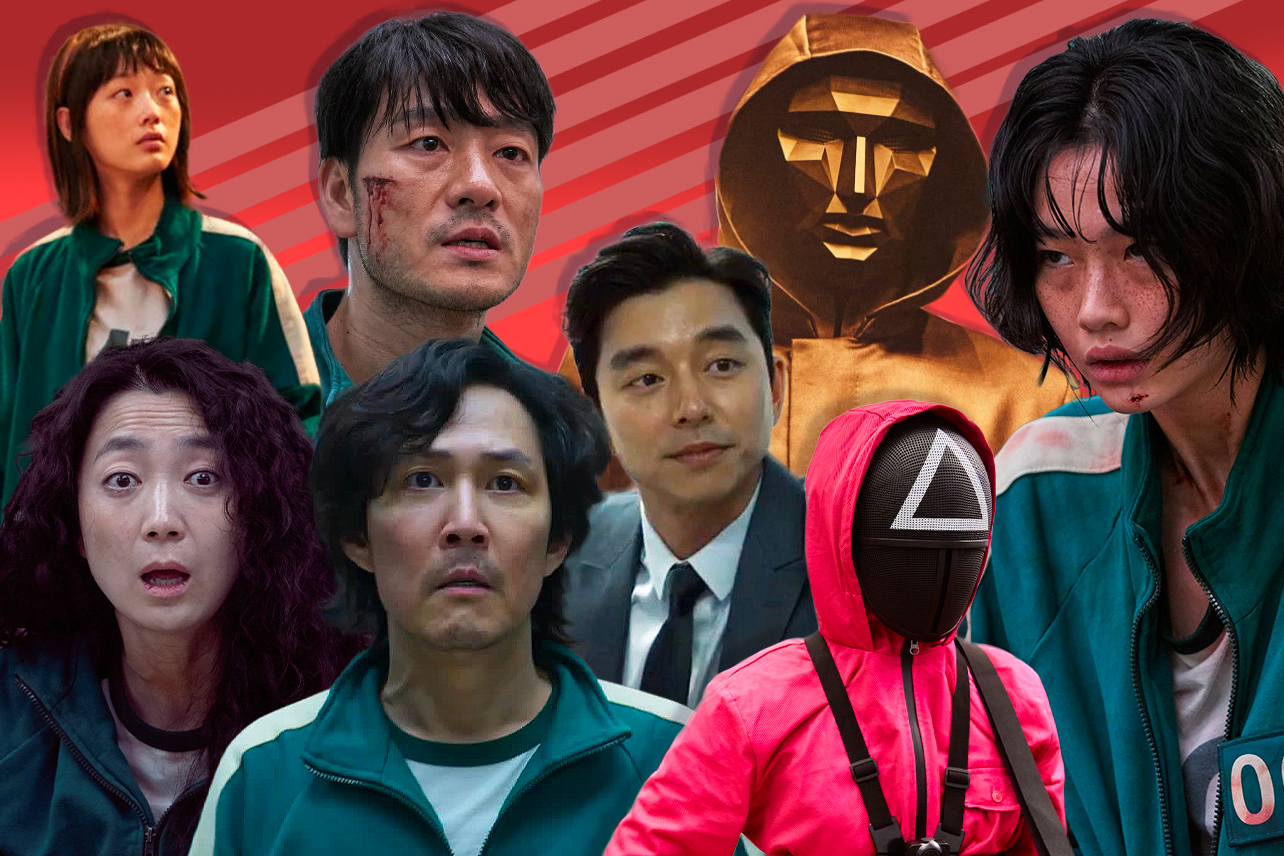 Despite Squid Game’s obvious social commentary emphasizing the power that money has over people, this message isn’t directly mentioned within the show. At a first glance, it seems just like any other “fight to the death” kind of show, like The Hunger Games or the Escape Room movies. What sets it apart, in my opinion, is the gradual corruption of some of the main characters, and how realistic this scenario could be in our world today. The players in Squid Game deliberately choose to risk their lives and the lives of others in order to win a cash prize, making their character development backward from the ones that we typically see in these kinds of television shows. The players become more integrated into the corrupt ways of their society, instead of the other way around.

One of the eeriest parts of Squid Game is the way that it is filmed. When the characters’ lives are shown outside of the game, viewers are greeted with many dark colors, to help represent the somber scenes we are seeing. This use of tinting makes the readers feel what the characters are feeling and helps them begin to understand why they continue to return to the games. Another thing that I noticed is that almost every time Gi-Hun’s life outside of the arena was shown, it was raining, which planted sadness into the minds of each viewer and gave them the exact emotions the director wanted them to feel as they saw life through Gi-Hun’s eyes. A huge contrast, however, is shown in the arena, when bright lighting and clearer pictures are displayed, even in the darkest of moments. The stark white backgrounds and child-like vibrant colors used in each game leave a pit in our stomachs as we watch blood paint the playgrounds that remind us so much of our childhood. Personally, I feel that the dark contrast of blood on the light and cheery game arenas shows the tainting that debt can have on one’s life, and how once someone’s hands are dirty, it is almost impossible to get them completely clean.

As for some general warnings about the show, I would say that if you are against blood and any kind of gore, this is definitely not the show for you. There is violence in nearly every scene, to the point where it gets kind of redundant. If you don’t have the attention span of watching it with subtitles on, I would suggest switching the show to English-dubbed (although the fact that the voices and their mouths don’t match up irks me). But if you’re looking for a show that makes a social commentary on the state of our people and their heavy reliance on money, while also bringing in an overdramatized aspect with suspenseful scenes that will leave you on the edge of your seat, then Squid Game is the show for you. It makes you question if these characters really are so far-fetched from reality, or if you, too, would take the chance at being in a Squid Game.