“The Woman in the House Across the Street from the Girl in the Window”: Does the Show Live Up to its Intriguing Title? 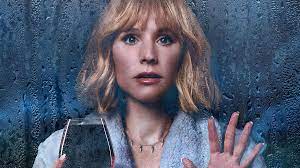 Over the past few months, Netflix has been releasing shows from a multitude of genres, most of them bringing a unique and interesting angle to the television we know and love. One of these newly released shows is called “The Woman in the House Across the Street from the Girl in the Window.” With a title so long and confusing, many viewers gravitated towards this seemingly enticing show and began their journey through the 4-hour season. Now, I’m typically a person who is easily swayed by public opinion, but even though I kept hearing about how good this show was, I just could not get into it. Despite the show being marketed as a parody on the typical psychological thrillers that streaming services release, it came off as a rather chaotic show that just threw in plot twists whenever possible to keep the viewers on their toes. As I dive deeper into the specifics of this short series, I’ll try to explain how, in my opinion, the show doesn’t live up to its claimed genre, and takes itself too seriously to be considered a satire at all.

The series itself follows the story of a woman named Anna who lives alone in an unnamed small town. Anna recently lost her daughter, who we later find out was eaten by a cannibalistic serial killer. She is also recently divorced from her husband, and her trauma has caused her to be prescribed pills, which she typically likes to consume with an entire bottle of wine. When Anna gets new neighbors across the street, a young man named Neil and his daughter Emma, she becomes slightly obsessed with them, and imagines herself becoming a part of their family. Unfortunately, Neil has a girlfriend, whose murder Anna witnesses a few days after meeting her. Anna calls the cops, but the cops explain that no murder has occurred. The show is filled with confusion and mystery as Anna attempts to figure out if Neil’s girlfriend was really killed, or if Anna’s drug and alcohol problems are causing her to hallucinate terrible stories.

As for the characters themselves, I felt that all of them were pretty overexaggerated, and typically didn’t make the best decisions. Anna, for example, was insanely obsessed with Neil and Emma, going to the length of even painting a portrait of herself alongside them with the caption “The Perfect Family”. Although the show is described as a comedy, I found it pretty sad watching Anna struggle with her hallucinations in an attempt to convince people of something she knew she saw. With that being said, the other characters were crazy in a more ridiculous comedy way, and my favorite character was definitely Rex. Rex was the instagram model that Anna stalked at one point during the series, and when you met him in person, he was so much more paranoid than he once seemed, to the extent that it was funny.

As for the acting in the show, I believe that the entire cast did a great job at playing their roles. They brought a ton of emotion to the screen, and overdramatized the storyline to make it closer to the genre they were attempting to make fun of. With that being said, it almost felt like the acting was”too good.” The scenes weren’t dramatized enough to make it obvious that the show was a satire, and Kristen Bell did such a great job at showing Anna’s struggle and distress that the comedy aspect didn’t really hit as hard as it was intended to. Despite the acting being so great, the writing wasn’t at the same level, which left many scenes feeling a bit awkward and forced. This may have been the style that the director was going for, but yet again, the show took itself too seriously for viewers to pick up on the hints of comedy planted throughout each episode.

As far as endings go, I felt that this show did not do a good job of picking an ending. The story ended with a reveal as to if Neil’s girlfriend was dead and who killed her. After the reveal point, everything else in the episode felt like filler. When the killer was finally revealed, I was left feeling confused and upset. Normally, psychological thrillers do a good job of picking their “killer” and adding small, unnoticeable hints that give away the killer long before the reveal and have all viewers wondering how they never saw it coming. Personally, I love going back and rewatching a series after I know the ending and picking out the hints and clues that I might have missed. This show, however, picked a completely random character with no connection to the murders whatsoever, making the ending seem like a desperate attempt at having the desired shock factor instead of thoughtfully crafting a reasonable conclusion. The literal ending of the show, on the other hand, I found more interesting. Anna goes on a plane to visit her best friend, Sloane, and ends up mixing her alcohol with her pills again. She meets a woman on the plane and briefly talks to her, before falling asleep. When she wakes up and goes to the bathroom, she finds the woman dead in the bathroom, but when she tries to get help, the woman is gone, and the flight attendants deny that she was ever on the plane. When Anna goes back to her seat, she finds the woman’s mirror on her seat and realizes that she is being lied to. I find this ending much more interesting than the killer reveal, since it allows for a new type of season, and allows viewers to see that although Anna’s hobbies may cause some hallucinations, there is something bigger going on.

I really enjoyed watching this show from a filmmaking standpoint. The way it was filmed was enticing to watch, and I believe that it greatly contributed to the look that the director was going for. The show often utilized gray and blue muted tones to show its grim nature, and had clear, modern shots with dramatic zooms at the appropriate times. The director also often changed small details in the background of scenes, such as Anna’s paintings consistently changing and her daughter’s headstone changing as well. I believe that the small changes help to emphasize how the narrator of the show is unreliable, and we are essentially seeing the world through a pill-and-alcohol-filled hallucination.

Ultimately, “The Woman in the House Across the Street from the Girl in the Window” attempted to play off of “The Woman in the Window” and other similar psychological thrillers. It contained the same stereotypical characters and scenes necessary to fit that genre. With that being said, I feel that the show is too serious in both acting and filmography to be truly categorized as a satire, and all jokes made about similar series fall apart with the seriousness of the show. Although there were bits that added to the comedic effect of the show, there was nothing that specifically set this show apart from the ones it was trying to portray. In my opinion, all the hype surrounding this series has been just that – hype.