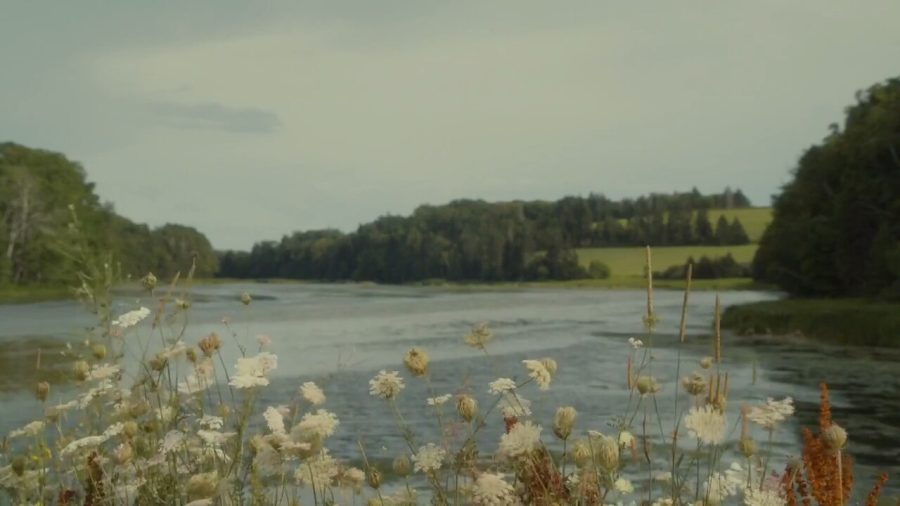 Each summer around the Fourth of July, my family would make the trek to the lake, where time seemed to amble on at its own pace, unperturbed, stopping to watch the sun set over the treeline. It was like entering a different world, cosmically divided from the humdrum life we lived. At home, time never seemed to stop, racing toward the end of the track just to have the finish line pulled out from beneath our feet. At the lake, time seemed to flow like molasses, thick and syrupy sweet, coating our mouths in a honeyed film that lingers with you hours after the moment. Time on the lake was peanut butter, sticking to the roof of your mouth. It was honey, leaving your hands tacky as you eagerly gulped down homemade lemonade. Most of all, it was water. Water. Water. Tons of it, drenching us to the bone and evaporating off bodies, tired from the unrelenting afternoon sun. It went up our noses and entered our bodies, dancing around our bones and lifting the burden of life off our shoulders, even if just for a few short hours. It was thin yet thick, gooey yet runny. Time seemed to pass all at once in a fever dream. When you arrived at the lake, you would check your consciousness at the door, letting it run wild in your absence.
In the mornings, it would feel like we were swimming. It would be unbearably hot without fail, humid beyond belief. The walkway to the dock, the bridge between two worlds, would be lined with spider webs like the lace doilies my great grandmother would make. They would catch the wind and sometimes land a stray spider on the particularly unlucky. The dock would sway with the waves, tempting you to stay a little longer in dreamland, in the land of milk and honey. The water was a far cry from a tropical paradise, instead a murky green of mystery that would pool around your feet when you left its sodden grasp. Yet, time seemed to stop each morning. The water would be calmer than you would see it all day, impossibly flat, like you could sail off the edge of it into the cosmic abyss that seemed to surround us. There would be breakfast waiting for us at the dock. Eggs, bacon, sausage, cinnamon rolls, grits, toast, the whole 9 yards. Quiet chatter would fill the air, excitement for the day, reminiscing on the previous. It was loud, yet quiet. The world seemed to breathe with us, lungs emptying to the very last atom in preparation. Cutting through sounds, the first child would arrive, bright eyed and energy filled. Their restlessness would seep into the air and, all at once, our lungs would suck in air to the very brim and our day would begin.
Sleeping at the lake was almost a religious experience. Nowhere else did the exhaustion of the day seem to take over my body the same way. Weariness would begin to creep up as the boats would pull into the dock. By the time we got to the cabin, it would cradle our bodies. It would wash off our sunscreen and take off our swimsuits, replacing them with loose cotton pajamas, as my uncle would always say they’re the best for sunburns. Sleeping at the lake was uncomfortable. The beds were too hard and the pillows too soft. The air was stifling and thick and almost hard to breathe in. We would be slathered in aloe vera from head to toe with both the sheets and our clothes sticking to us. It was foreign and strange. The walls were too thin and I could hear my dad snoring and the crickets outside driving me insane. Usually I would be far too uncomfortable to sleep. But at the lake, everything became more mellow. The bed and pillows wouldn’t matter with the way fatigue would lull me to sleep, curving around my muscles before settling atop my chest like a cat. My dad’s snoring was no longer intrusive, but white noise to the cricket symphony outside. There were no cars, no people, no noise, nothing. The world would go quiet. This was my safe haven, my reprieve from the world of everything to the world of few things. My Eden, my Arcadia.
Leaving was easier than you would expect. Each family would go at their own pace, moseying out after a few too many “We should get going”s and “Wouldn’t want to keep you”s. As we would pull away, our life and responsibilities would begin to settle on our shoulders again, gradually. Like a wave, both unstoppable and inevitable, due dates and appointments would rush to the forefront of our minds like pop up ads on an old computer. But as unyielding as the tide seems, it too comes in and out. And, as certain as the tide, we return each year.