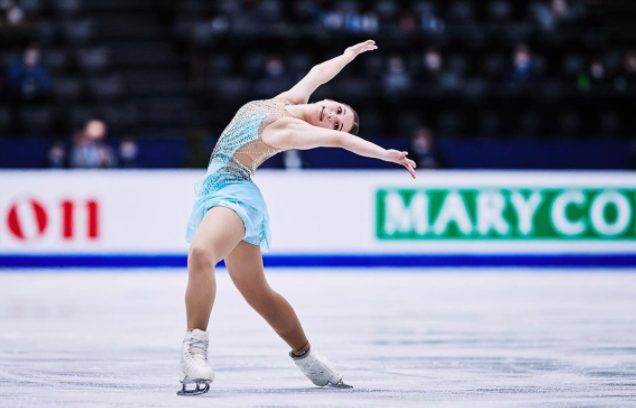 Russia’s invasion of Ukraine has been negatively impacting the globe whether it is economical issues, commerce issues, or even just seeing the devastating images on the news. On March 1, 2022, the ISU (International Skating Union) released an official statement, banning Russia and Belarus from any ISU competition, including this year’s World Championships. With the ban, world defending Russian skaters such as Olympic gold medalist Anna Scherbakova, Olympic silver medalist Aleksandra Trusova, and controversial star, Kamilia Valieva, were not allowed to participate. In addition to Russia and Belarus’ ban, leading competitors such as Nathan Chen and Yuzuru Hanyu withdrew from the competition due to injuries from the Beijing Olympics. From March 21 to March 27, the World Figure Skating Championships occurred. With some of the most renowned skaters not competing, people awaited the results of the World Championships 2022 with high anticipation.

The Russian ladies had consecutively won 5 out of the 6 World titles, including a podium sweep in 2021. With the fierce Russian skaters out of the picture for the women’s segment of the competition, there was a new opportunity for female skaters of different countries to win a medal. Japan’s Kaori Sakomoto, the bronze medalist of the Beijing Games, went in as the favorite to win gold. During her short program, Sakomoto skated a clean program, beating her personal best, and placed first with a score of 80.32. During her free skate, Sakomoto once again skated a clean program, beating her personal best again, and scored 155.77 and had a combined total of 236.09, taking home the gold medal.

Having a strong season, Loena Hendrickx of Belgium went into the World Championships as a podium contender. However, just 3 weeks prior to the competition, Hendrickx tore her groin muscle, leaving her unable to practice for World’s. Loena Hendrickx began with a rough start during her short program as she faltered the landing of her combination jump. Despite the rough landing and her injury, Hendrickx scored 75.00 in her short program and placed second. In her free skate, she under-rotated two of her triple jumps but was able to make a comeback and take home the silver medal. She had a free skate score of 142.70 and a combined total of 217.70. Loena Hendrickx is the first Belgian woman to ever win a World Championship medal.

16-year-old Alysa Liu of the U.S.A. was also a podium contender at the World Championships. Despite having a clean skate in the short program, Liu placed fifth with a total of 71.91. Because of the more open competition with no Russian skaters, Liu was able to raise her score drastically in the free program. Having an under-rotated triple axel and under-rotated second jump in her combination jump, Alysa Liu managed to land six clean triple jumps and place in third, earning the bronze medal. Her free skate score was 139.28 and her total combined score was 211.19. Alysa Liu became the first American woman to win a medal at World’s since Ashley Wagner in 2016.

The medal ceremony was a joyous occasion with happy tears, unlike the drama-filled anguish during the Beijing Olympics. The three young women —Kaori Sakamoto, Loena Hendrickx, and Alysa Liu— stood at the podium smiling and filled with excitement as the judges presented them with medals and flowers. The 2022 World Championships podium featured women of three different countries for the first time since 2014. History continues to be made in the world of figure skating. 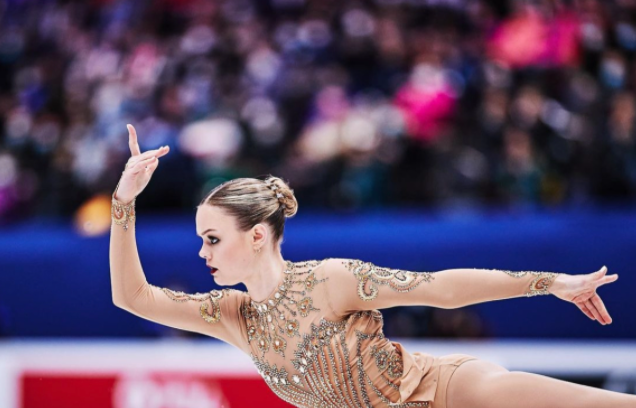 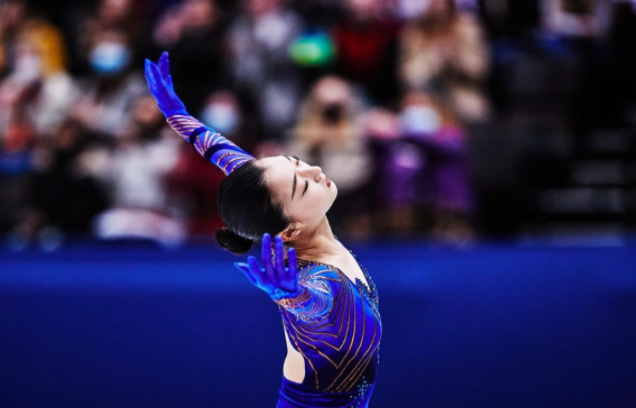 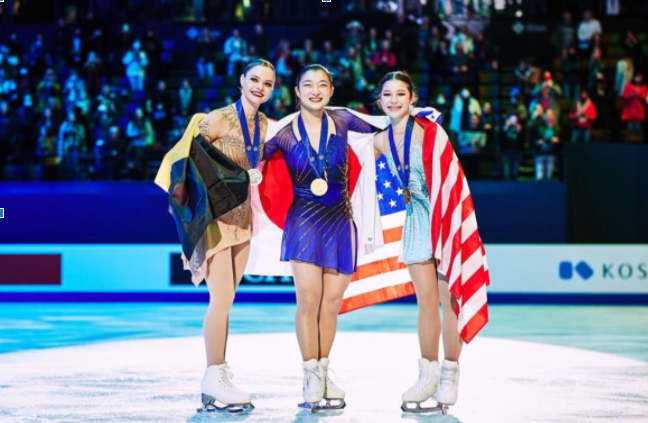