What is E15, and Why Isn’t It Allowed In The Summer? 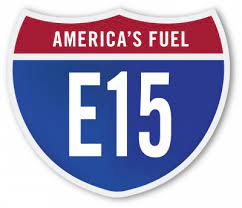 In a recent New York Times article information was released saying that the President would soon announce that “E15” gas would be allowed during the summer. Previously, there has been a ban on using E15 in the summer, but the summertime ban will now be suspended. E15 gas or Ethanol 15, is a blend of gas that includes 15% ethanol. However, it can still be classified as E15 with 10.5% ethanol. Ethanol is an alcohol that is used as an additive in gasoline. E15 has been banned during the summer for environmental reasons, and it has been enforced by the Environment Protection Agency. Why would it even be banned? Is all gasoline a pollutant? Well, E15 specifically is more rich in ethanol, and therefore fills the air with more harmful chemicals. It will pollute the air, and will have more of a negative impact on people with respiratory problems. On top of that, using E15 on cars made before 2001 can be unsafe. So, it’s important to know what is in your gas at the pump. A quick way to see is right above the number. It will often say if your gas has E15 or not. If you drive a car made before 2001, using E15 can ruin your engine. There should be an EPA warning label on the pump. New Jersey doesn’t have many E15 carrying gas stations, but if you have an older car it’s important to check. The suspension on the ban comes from pressure placed on the President to lower gas prices. This ban is estimated to lower gas prices by 10 cents per gallon at the gas stations that sell this gas. According to a New York Times article about this, around 2,300 gas stations will sell this type of gasoline. Currently, it is estimated that the United States has 150,000 gas stations.

This number comes from the American Petroleum Institute, a major supplier for American gasoline. This change is a step in the right direction to lower prices on gas. While this will only make a small difference, in certain areas, it is still a step.