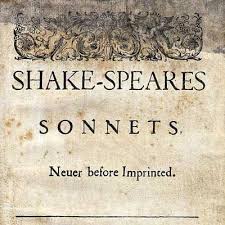 For hundreds of years, authors have used sonnets to elegantly contrast two concepts, exploring hidden depths. This is one of the reasons why Sonnets have existed as a pivotal part of literature and culture. They are the vanilla of the poetry world: popular and commonplace but not without reason. The term “sonnet” is derived from the italian word “sonetto” which is used to describe a little sound or song. The typical structure of a sonnet consists of fourteen lines that utilize iambic pentameter. Iambic pentameter is a rhythm in poetry that is composed of ten syllables, where stressed and unstressed syllables alternate. Sonnets can be divided into two further subgroups, Petrarchan and Shakespearean, which can either serve as a testament to the complexity of sonnets themselves, or the love that poets have for classifying various poetic forms.
Petrarchan sonnets relate directly to the sonnets’ Italian roots. Named after one of the earliest and most skilled writers of the sonnet, Francesco Petrarca, its structure is divided into two stanzas. The first stanza is composed of eight lines, followed by six more lines in the next stanza that oftentimes respond to the first. Petrarchan sonnets are known for being less focused on romance and romantic vision and more focused on observations and arguments. This form is known for being applied well to the English language.
The Shakespearean sonnet is the other form of the sonnet. Modeled after the revolutionary way Shakespeare wrote, it uses three quatrains and a couplet. Most of the time, they follow a very specific rhyming pattern of ABAB CDCD EFEF GG. This is, arguably, very simple and easy to learn, which is part of the reason it originally grew so popular. Shakespearean sonnets are excellent at conveying strong emotions with clever twists at the end, often times due to the emphasis placed on the GG. It can be used to easily create powerful, acute poems that convey particularly complicated ideas or thoughts.
Of course, any crash course on sonnets would be woefully incomplete without a mention of one of the most iconic sonnets ever written, “Shall I Compare Thee To A Summer’s Day?” by William Shakespeare.

Shall I compare thee to a summer’s day?
Thou art more lovely and more temperate.
Rough winds do shake the darling buds of May,
And summer’s lease hath all too short a date.
Sometime too hot the eye of heaven shines,
And often is his gold complexion dimmed;
And every fair from fair sometime declines,
By chance, or nature’s changing course, untrimmed;
But thy eternal summer shall not fade,
Nor lose possession of that fair thou ow’st,
Nor shall death brag thou wand’rest in his shade,
When in eternal lines to Time thou grow’st.
So long as men can breathe, or eyes can see,
So long lives this, and this gives life to thee.