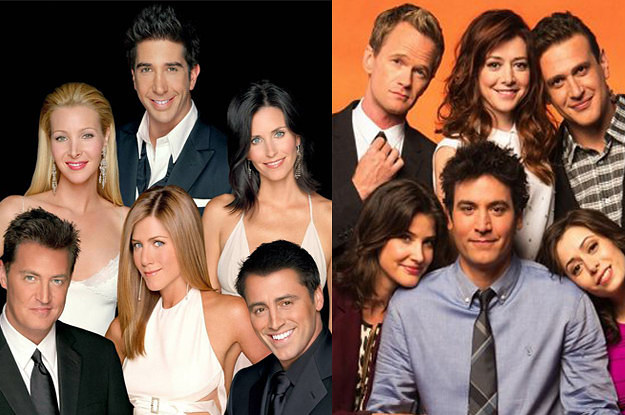 The Great Debate: Friends vs. How I Met Your Mother

There are certain debates that just never seem to go away. Is it called a pencil pouch or a pencil case? Is the dress white and gold or blue and black? Are you still wet if you’re underwater? (YES- but that’s for another time.) But today I will be addressing another debate, a topic that has divided Netflix addicts of all kinds: Which show is better: Friends or How I Met Your Mother (HIMYM)?

I first need to start out by saying that I think each show is wonderful. I have watched both of them from beginning to end (one of which I have watched several times), and that is saying something about their quality considering I do not often finish television shows.

That being said, I do have a clear favorite out of the two shows, which I will reveal later. But for now, I will give a quick summary of each one for those who may be unfamiliar with them. 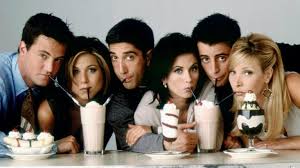 Friends is a sitcom that aired in the 1990s about a group of six -yep, you guessed it- friends and their lives in New York City. The characters include Rachel Green, a slightly spoiled but kind hearted girl; Monica Geller, a classic “Type A” tryhard; Ross Geller, Monica’s intelligent and sarcastic brother; Chandler Bing, a hilariously awkward guy with self-deprecating humor; Joey Tribbiani, a goofy and airheaded yet sweet guy; and finally, Phoebe Buffay, the eccentric non-conformist of the group. This group of 20-30 year olds is followed throughout ten seasons, where viewers watch some of their funniest moments, their most devastating heartbreaks, and their sweetest romances. 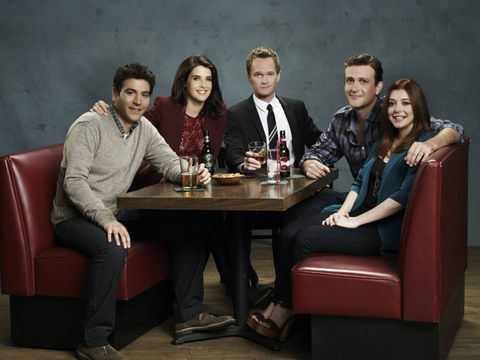 How I Met Your Mother is another sitcom that aired in the 2000s about a group of five friends and their livesin New York City (sound familiar?).However, in contrast to Friends, How I Met Your Mother is told in a different format; it is narrated through an older Ted Mosby (main character) telling his kids the story of how he met their mother. Thus, the show consists of a series of flashbacks told in chronological order. The characters are as follows: Ted Mosby, a hopeful and slightly nerdy guy searching for his soulmate; Robin Scherbatsky, an independent and tough girl from Canada; Marshall Erikson, a big-hearted and goofy best friend of Ted’s; Lily Aldrin, a thoughtful but sometimes intrusive character; and finally, the beloved Barney Stinson, a hilarious “playboy” obsessed with wearing suits.

Now, for the part that will probably upset half of you; Friends is the better show. And here’s why.

Though both shows are very funny, Friends takes the prize for being just slightly funnier. If you watch the two shows carefully, the humor on Friends seems much more spontaneous and much less forced. This can definitely be attributed to their different production styles. While Friends filmed in front of a live studio audience, HIMYM did not. This meant that the latter show had much more time/flexibility when filming, whereas the actors on Friends did not have as much room for error; they had to say their lines and finish filming relatively quickly because the audience was there. This, combined with Friends’ use of real audience laughter instead of a laugh track, often resulted in much more authentic moments than in HIMYM, where viewers can physically see the suppressed laughter and smiles on the faces of the Friends actors. In HIMYM, on the other hand, the laugh track seemed to be used at sometimes inappropriate times, where I felt like the show was trying to force me to laugh at moments that were really not that funny.

Also, some credit must be given to Friends simply because of when the shows were released. No matter how good HIMYM is, it is very clear that the whole premise of the show is based off of Friends; Friends was just one of those revolutionary shows that forever changed the way sitcoms were made. It was one of the first shows that turned away from the typical “family-geared” television and had the intended audience of young adults. Without Friends, which paved the way for future sitcoms, shows like HIMYM would not have been made possible! Even the characters in Friends were so geniously created and developed that the characters in HIMYM seem to be loosely based off of them- but are slightly lesser versions. For example, Barney Stinson is a clear mix between Joey Tribbiani’s “player” status and Chandler Bing’s hysterical, sarcastic humor. And then there is Ted Mosby, who, let’s face it, is basically Ross Geller but without the funny jabs.

Though I have much more to say on this topic, the final piece of evidence I will use to support my stance are the contrasting plots of the two shows. The Friends storyline is so simple that it is absolutely ingenious: six friends hanging out together. It is extremely easy to keep up with, especially because each episode has a new plot; viewers can tune in to any random episode and not be confused, which is not the case in HIMYM. Most importantly, however, this flexible storyline means that the show had no need for over-the-top drama or excessive emotional scenes; the quality of the characters was so good that the simple “friends hanging out together” plot was enough to carry the show through 10 seasons. Not to mention that the show was good until the very end, with one of the most famous and loved endings of all time (I won’t spoil it here, but if you haven’t seen it, all I can say is that the show was wrapped up really nicely). In contrast, HIMYM, in describing Ted’s search for his wife, made the show much more complicated. Ted went through a series of girlfriends (a long list that was oftentimes confusing to keep up with) which also meant that he went through many heartbreaks. This made the show somewhat depressing at certain points and sacrificed some of its humor. And, unlike Friends, HIMYM had one of the most anticlimactic and controversial endings of all time, following a relatively mundane last season that covered the events of one weekend- for 24 episodes.

However, it would be incomplete and unfair to end the article without discussing what HIMYM may have done better than Friends. To start, Ted’s difficult romantic life in search of “the one” is relatable to many viewers. Ted’s optimism is both endearing and heart-wrenching for people to watch; as the show continues, viewers become more and more anxious for Ted because they want him to succeed so badly. This level of investment in a single character cannot truly be found in Friends; though people root for Ross and Rachel to be together, their rocky relationship has been described as annoying and boring by some viewers of the show. Additionally, the integrity of the characters in HIMYM was better maintained by the end of the show. In Friends, as many have pointed out, some of the characters’ personalities were caricatured to the point where it was almost aggravating. For instance, though Joey was always a little air-headed throughout the show, his character seemed to get dumber in the later seasons.

All in all, however, Friends takes the cake for being the funnier, more original, and better executed show. As much as I enjoyed watching HIMYM, it is just not the type of show that I would be willing to watch over and over again, as I have done countless times with Friends. But, for all of you HIMYM fans out there who have made it this far into the article, I will say that I still hold a place in my heart for HIMYM- just not as big as the place I hold for Friends.