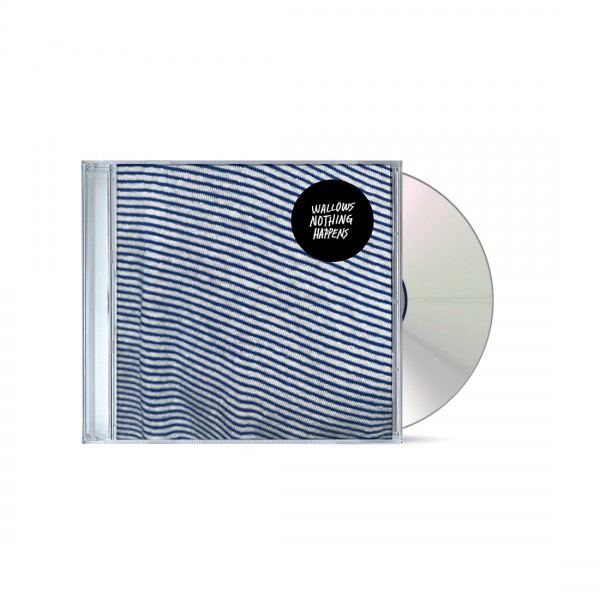 Wallows, an American indie rock band growing in popularity, released their first debut album, Nothing Happens, on Friday March 22, 2019. The lead singer and pianist of the band, Dylan Minnette, also known as “Clay” from 13 Reasons Why, will be touring with fellow band members, Cole Preston and Braeden Lemasters, to promote their new album. Currently #7 on iTunes, Wallows are spreading a new genre of music to a mainstream audience. Opening the public’s ears, Wallows received positive feedback from their lead single, Are You Bored Yet (ft. Clairo). With 2.1 million views in the past month with a music video featuring Noah Centineo, the song describes boredom as a scourge. We blame boredom for unproductivity and distractions. Are You Bored Yet addresses those ideas and feelings in the music video, taking place in a retro bar. The sole purpose of the song is to allow the idea of letting go as pain free, overcoming boredom.

Along with the release of their album, they also released a new single along with a music video titled, Scrawny. The video portrays overcoming self-consciousness when others around you seem cooler. “The song is very lighthearted and is set to be a very funny part of the album, and is meant to be laughed at. It’s all about being okay with yourself and liking parts of yourself that others may not like,” says Dylan. The album as a whole, including the order of the songs, engages the listener into listening to the whole album. With well thought out song transitions, the album has a variety of engaging vocals and unique guitar riffs that connect with the listener. For example, their song, Worlds Apart is about the recurring memories of an ex-lover. He describes his memories as multiple movie trailers while wondering if his old partner also has the same recurring memories, even though they are at different stages of their lives.

Although Wallows are still an underrated band, their music carries purpose and soul while maintaining a sound most are unfamiliar with. Songs on the album such as Sidelines and Remember When carry a heavy instrumental tone. The band portrays the importance of the music they can make rather than what they can say lyricly. Soon to be on a world tour, Wallows will continue to make new music while gaining the attention of new listeners. Their music continues to inspire others and perceives an instrumental wave of emotion.