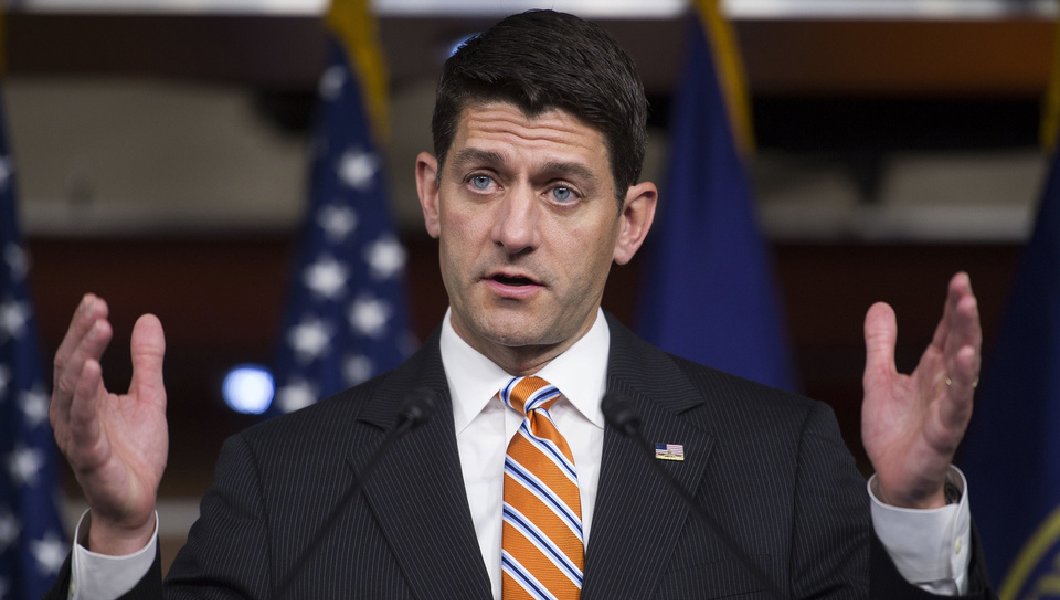 Amidst the daily whirlwind of allegation, scandal, and gaffe in the political universe at the moment, the Republican congressional circus, resurrected from the doldrums of Obamacare-repeal, is making steadfast progress on a real policy reform — not a tweet, or a collusion investigation — to “grow this economy, lift wages, (and) help people get a raise.”

Finally, Congress has begun the long-awaited effort to overhaul the tax code.

Acting on decade-long Republican promises to reduce the burden of taxation, House Speaker Paul Ryan has led a thus-far well-executed effort to produce legislation that would fundamentally change federal taxation in the United States, and not merely tinker with rates as the Bush tax cuts of the early millennium so unremarkably did. Among the bill’s main reforms are: reduction of the corporate tax rate from 35% to 20%, replacement of the 7 individual tax brackets to 4, at generally lower rates, near-doubling of the standard deduction, and limitation of several deductions to cover lost revenue. These fixes, Ryan posits, will mean that “Every income group on average gets a tax cut.” On the business side, the Speaker argues that tax reform is of utmost importance, for “When you tax your businesses at much, much, much higher tax rates than your foreign competitors tax theirs, they win, we lose.” The Speaker, there, strikes a notably nationalist note in his advocacy for reform, perhaps to point his message to the Republican audience that proved their waning interest in traditional Republican ideas via last year’s election. If the GOP’s predictions for its bill come to fruition, these families and more should see tax cuts of over $1000.

On Thursday, November 16th, Ryan’s brainchild bill passed the House by a vote of 227-205. Joining with unanimous Democratic objection, 13 Republicans stood athwart the effort, mostly for its treatment of popular tax deductions. GOP Representative Dan Donovan of New York protested that “This (bill) is unfair to New Yorkers,” referring specifically to the elimination of deductibility for state and local taxes. Under current arrangements, taxpayers may deduct from their federal tax the amount they pay in non-federal taxes; the House tax reform would limit these deductions, causing the tax cuts to be muted for many citizens in high-tax states.

House Minority Leader, Democrat Nancy Pelosi, presented usual Democratic criticisms of the Republican tax plan, claiming of the Republicans, “They throw a scrap to the middle class, provide a banquet for the wealthy and for corporate America, (and) transform America in doing so.”

While Pelosi’s minority was unsuccessful in blocking the House GOP action, her liberal allies in the Senate may enjoy a Republican self-destruction, as they did during the healthcare reform effort of the first half of the year. Of course, no bill becomes law without the approval of both houses and the President, so it is vital for Mitch McConnell and the Republicans that consensus in the Senate is achieved. Republican Ron Johnson of Wisconsin has declared his opposition to the Senate text, lamenting, “it did not do enough to help small businesses.” Adjustments to health care policy in the Senate bill further endanger the precarious proposal, as some moderate Republicans, like Maine’s Susan Collins, are typically cautious of her party’s efforts to change health care. Concerningly for supporters of the bill, Republicans can only afford the defection of two members in a Senate vote. In such a case, Vice President Mike Pence could cast the 51st vote in favor, and the bill would move to a conference committee (remember this, US Gov students?) with members of the House, where a final Tax reform bill would be assembled. Only after that would the House and Senate make final decisions on the Tax Reform effort, and either allow President Trump to sign it into law or kill it before it reaches his desk.

Legislators are working quickly on both sides of this debate, and they are vigilant of the voices of their constituents. If you would like to contact Colts Neck’s Representative Chris Smith about the bill, you may reach his Washington, D.C. office at (202) 225-3765. U.S. Senators for New Jersey, Robert Menendez and Cory Booker, can be reached at 202-224-4744 and (202) 224-3224, respectively.